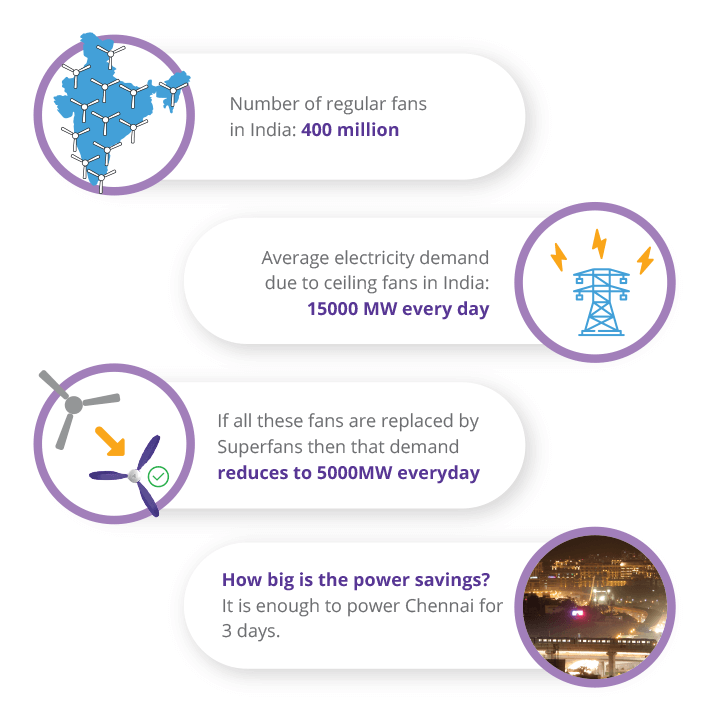 Ceiling fans are the most common appliance in India. They are usually run all through the day in tropical regions such as India. Regular ceiling fans are one of the most inefficient and unreliable products around you. Due to its low initial cost, it escapes the blame as a significant contributor to the electricity bill.